#16DaysofActivism against Gender Based Violence 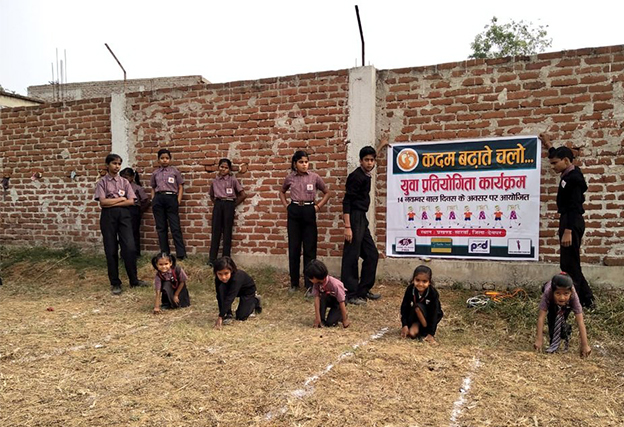 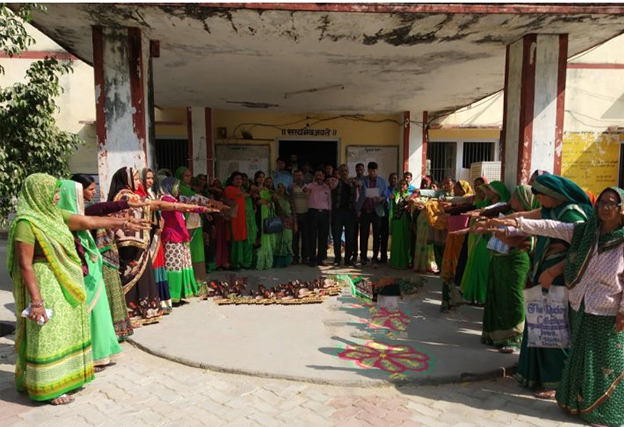 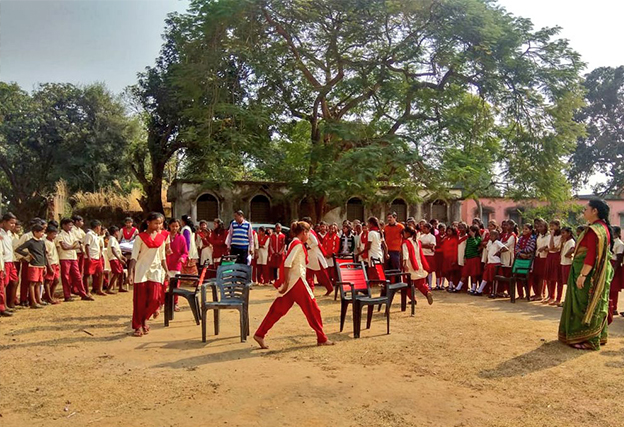 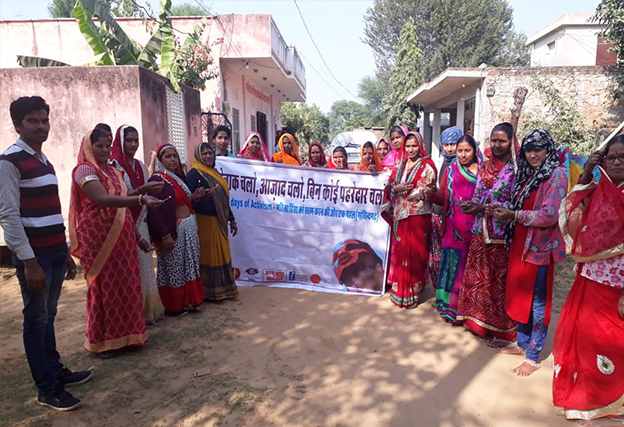 16 Days of Activism against Gender-Based Violence is an international campaign to challenge violence against women and girls. The campaign runs every year from 25th November, the International Day for the Elimination of Violence against Women, to 10th December, Human Rights Day.

This year's theme of 16 Days of Activism was "Ending Gender-based Violence in the World of Work”. The theme shifted focus from generating awareness to increasing accountability, to make institutions live up to their commitments to human rights of women. This commitment, call for action goes beyond the 16 days, towards a targeted global advocacy goal over the next two years: ensuring that the International Labor Organization (ILO) adopts a legally binding convention to end gender-based violence in the world of work in June 2019.

Martha Farrell Foundation, in collaboration with its partners and youth leaders celebrated 16 Days of Activism in 12 locations in India. Keeping in mind the global theme for the year, youth leaders and women workers raised awareness on ending gender based violence in workplaces and public places and dismantling myths, stereotypes and taboos that lead to such violence.

In Muzzafarpur, Jhansi and Ajmer, in collaboration with PRIA India, we organized workshops for women sanitation workers, on prevention of sexual harassment at workplace. Unlike their male counterparts, most of these women sanitation workers are daily wagers, or on a contract, and only a miniscule percentage are in regular jobs in corporations. Most of them are exploited, often sexually, by contractors and officials. As part of these workshops, we built their awareness about Sexual Harassment of Women at Workplace (Prevention, Prohibition and Redressal) Act, 2013. The workshops also focussed on identifying and recognizing what constitutes sexual harassment at workplace and building an understanding of the participants on safe and conducive environment. The provisions of the law with respect to formal and informal sector workplaces were also discussed.

In Govindgarh and Banswara in Rajasthan, in collaboration with PRIA India, we campaigned with the Panchayats for enabling safe workplaces for Aaganwadi and ASHA workers (which are government appointed frontline health workers). World of Work includes the broader place of economic activities. The concept of the world of work helps capture paid productive work that does not take place within the traditional “public sphere” such as a factory or office, but which is employment such as selling products in the street or artisanal production or piece work in the home (PRIA and ILO 2013). It also comprises not just the place of work but related contexts where gender-based violence can take place, such as on public transportation going to work, or returning back home after a night shift. In case of Aaganwadi and ASHA workers, who are responsible for home to home delivery of primary healthcare services, their world of work comprises their entire villages or communities. Therefore, it becomes imperative to ensure the safety of entire villages and communities so that frontline healthcare workers can work effectively and with dignity. The women in Govindgarh and Banswara took out a rally on safety of women and girls and a sensitization workshop on prevention of sexual harassment at workplaces was held for the Panchayat members and frontline health workers.

Our youth leaders in Najafgarh held sensitization sessions with the working women in their community on gender-based violence at the workplace, especially sexual harassment at the workplace. They also performed a self-directed and scripted street play on violence against women and girls at their neighbourhood marketplace and nearest metro station.

To conclude these 16 days, on 10th December, on International Human Rights Days, we conducted an in-house sensitization session for our entire team and the team of PRIA on ending gender based violence in the world of work.

Martha Farrell Foundation is committed to working on ending gender based violence in the world of work. While these 16 Days helped us in amplifying the voices of various youth and women leaders, our commitment goes beyond these 16 days to enable safe and dignified workplaces for everyone.