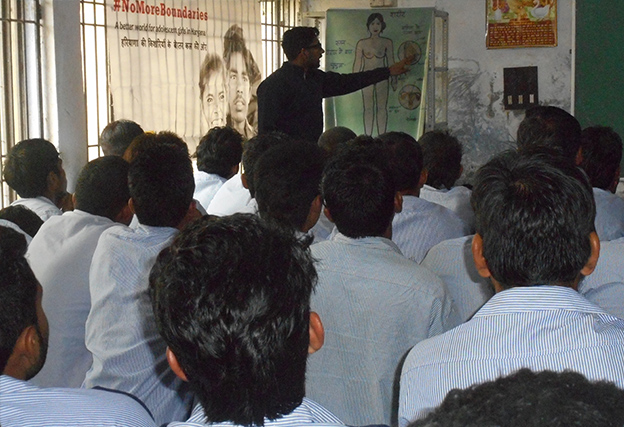 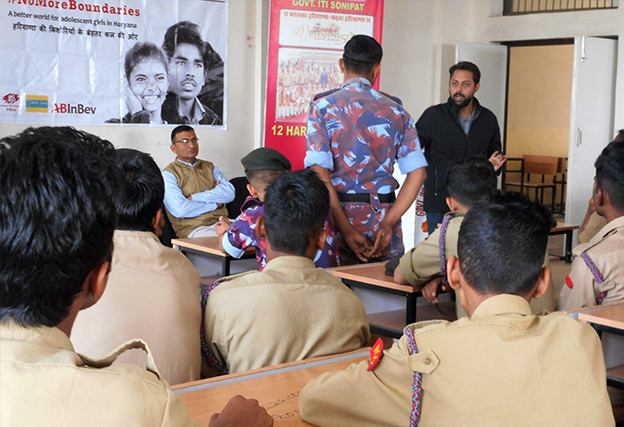 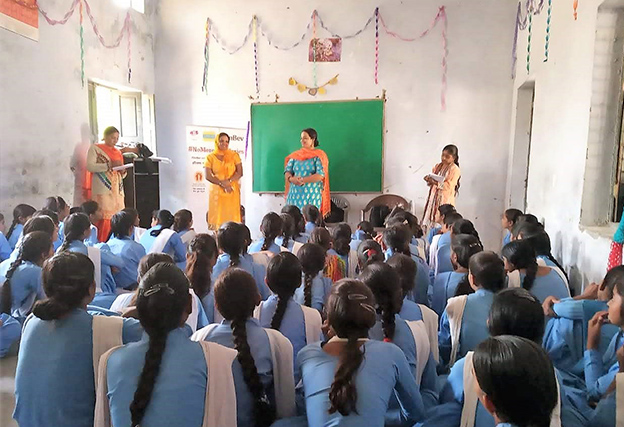 “Adolescent Health and Hygiene” sessions are introduced with the objective of creating awareness among youths about different changes that occur in their body during the adolescent years. The understanding of these changes would help the youth in developing a proactive approach so as to effectively deal with these changes which could otherwise be confusing for the youth. Lack of information on how to channelize the changes may lead to a variety of social and health issues including the increasing acts of Violence committed Against Women in Public spaces. The major Components of the Programme include introductory sessions to be conducted on the subject of  “Understanding My Body”  followed by sessions by debrief sessions by  Auxiliary Nurse Midwives (ANMs) who are frontline health workers in the local community.

The sessions were conducted by Participatory Research in Asia and Martha Farrell Foundation powered by Ab In Bev in 10 schools in villages around Sonepat and 5 Industrial Training Institutes.  2071 youths participated in the programme from classes 9th – 12th including 843 girls and 1218 boys.

The sessions were conducted in separate groups for the young boys and girls who participated actively. Their responses to the sessions were very different as the boys were very curious and interested to attain the information on the subject. Their questions were pertaining to sexual health and practices that they already engage in at the level of self and others. On the other hand, the sessions with girls started on a note of initial resistance as they believed that such information related to their own and boy’s bodies was inappropriate for them. This reflects a certain kind of conditioning within the community for boys and girls, where discussing the body and subjects such as safe sex is acceptable for boys but seen as tabooed for women. Therefore, they were worried that such information could be threatening if others in the village community became aware of what they are learning.

Even though the reception of the sessions was different with these groups, the participants in both the groups expressed myths and perceptions on the subject and also asked a lot of questions on different aspects. In a society, where the subject of adolescent health is forbidden to be spoken of, the youth either do not have any information or are aware of the wrong facts from various sources. The session on this subject holds special importance in helping youth in understanding and dealing with the changes in their adolescent years which if misdirected may lead to deviant behaviour such as violence against women. Therefore, the information on this subject should be further given to students on various aspects.