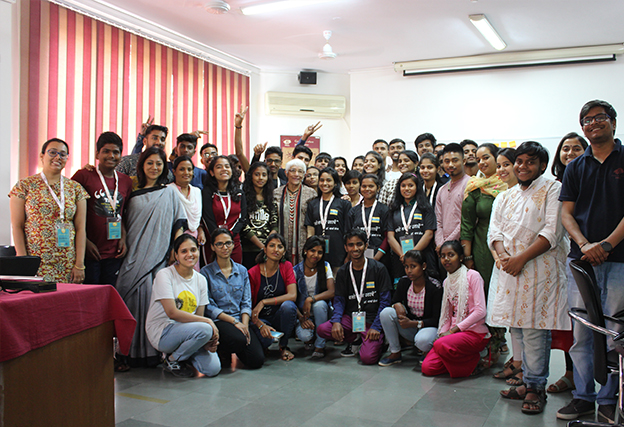 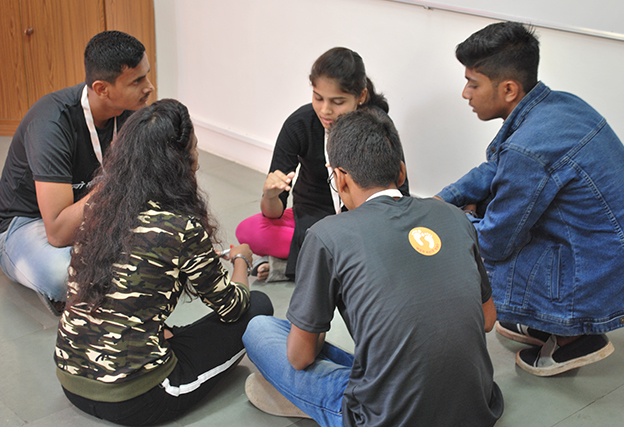 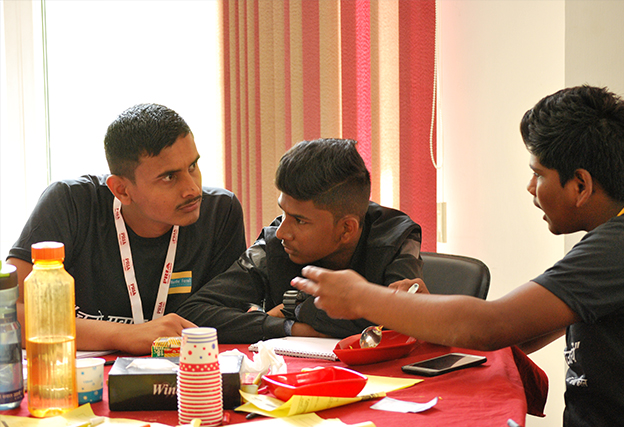 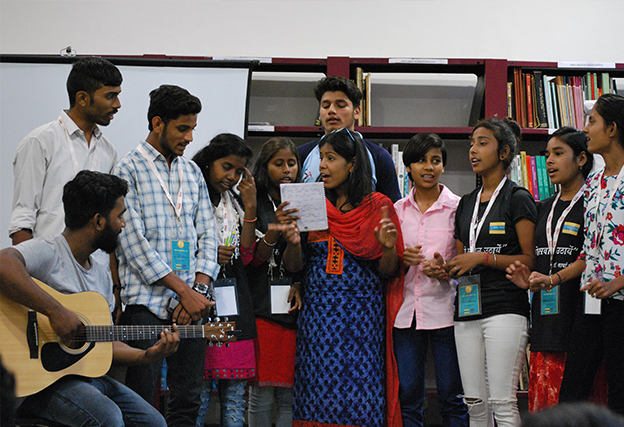 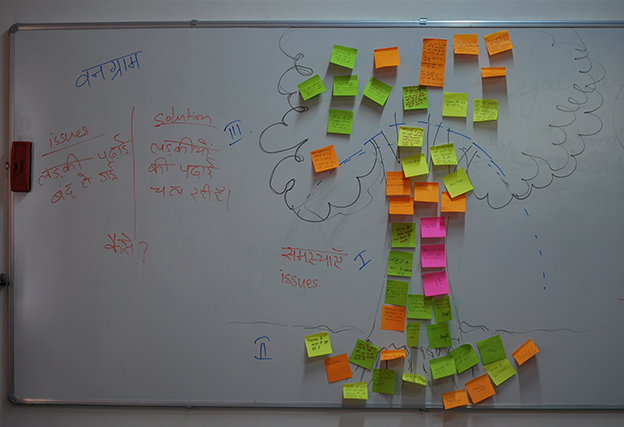 Antargoonj is a Hindi word, which means ‘inner-echoes’. Open to youth from the country from the age group of 15-19 years, this workshop is an opportunity for deep reflection, understanding the ‘self’ and its various dimensions at and building/preparing the ‘self’ to work towards the cohesion and advancement of the community. Antargoonj is premised on the fact that the 365 million youth of this country are a driving force of change and can use their passion and power to challenge negative attitudes, gender stereotypes and behaviours that lead to gender-based violence. Antargoonj is only a stepping stone towards youth realizing their passion and power, to become gender champions and find ways of working collectively to enable a gender-just and equitable society.

During these four days, youth find an opportunity to know themselves, their strengths and weaknesses, how to communicate effectively, work together as a team and co-create strategies/methods of working together to make their communities and spaces safe for women and girls.

● Were equipped with the tools to identify the gender challenges of their communities - various gender-related laws were demystified for them and how they can use them to empower their communities; using participatory art-based methods like dance movement therapy, poetry etc. to engage with their communities and to collect data around their problems.

● Learned to use community research as a tool for advocacy around issues of gender-based violence – while participatory arts-based methods like theatre, poetry and music can be used for collecting data and mobilizing the community, youth also learned to use them for disseminating data to advocate with institutional stakeholders (police, judiciary, local administration, schools and colleges) and illicit action from them on issues of gender-based violence.

Participations also used this opportunity for deep self-reflection, trying to break free from the inner turmoil of being 'boxed in'. They experimented with different forms of self-expression and drew/sang/enacted/wrote/spoke about their identities, dilemmas, challenges and hopes. They were also exposed to the power of the digital media and learned how to become citizen journalists using just a mobile phone and their courage. On the last day, they drew their own plans for lobbying and advocacy at the local level, to end gender-based violence in their communities. Combining the power of their experiences and newly acquired skills, these 30 youth leaders are all set to expand the boundaries of feminist activism and un-gender their families, peers, communities, schools, colleges, workplaces and public places.