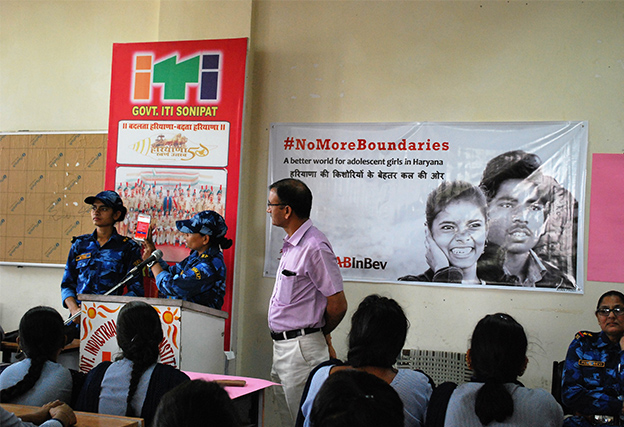 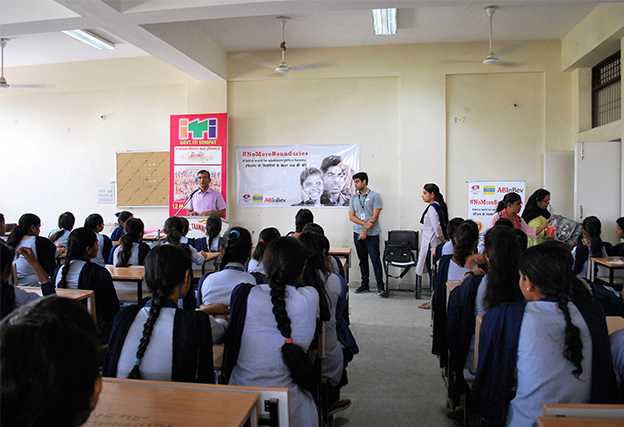 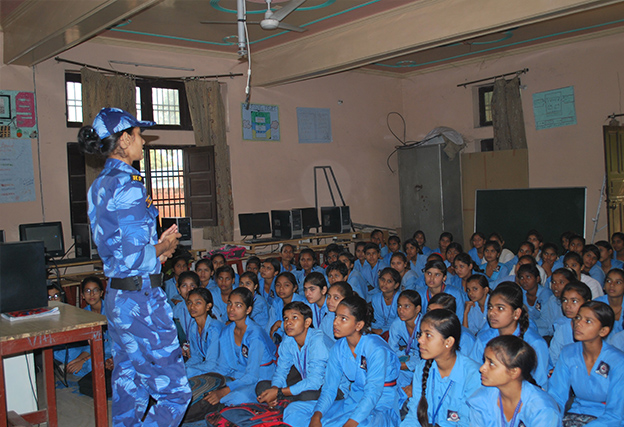 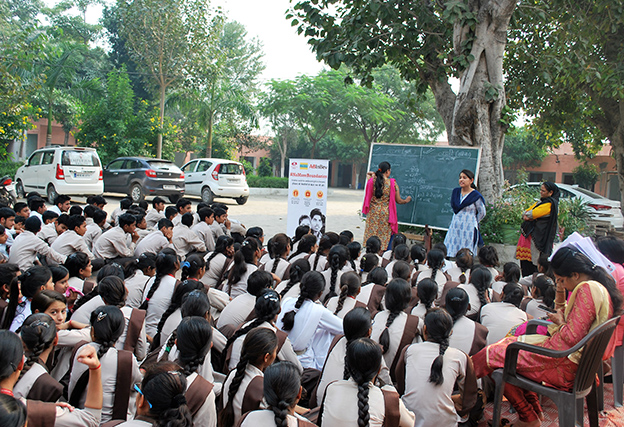 Under the #NoMoreBoundaries programme, Gender and Life skills sessions were conducted with school and ITI students. The sessions aimed to direct the youth’s attention towards social and cultural processes their differential effects/impacts on men and women and on the relationships between women and men.
Major components of the programme included:

● Gender sensitization session to reflect on the concept of “sex” and “gender” as experienced by students in their lives and facilitate the understanding that roles defined by gender are socially constructed.

● Awareness session on Durga Shakti App by the Sonepat Police Department for raising awareness on the Durga Shakti App which has been specifically designed to ensure safety of women in public spaces.

The sessions were conducted in 10 Government schools and 5 ITIs (Industrial Training Institutes).  It witnessed the participation of 1955 youths including 843 girls and 1122 boys.

The Life Skills through Sports session started with sports energizers. This helped the young participants open up and motivated them to participate in the following sessions on team work, leadership and communication. Girls and boys learn together, leading to interesting insights. Girls and boys have restricted spaces for interaction in Haryana and being encouraged to learn health interaction with each other through sports activities helped break the ice. Some boys were astonished to see girls taking the lead and doing well in sports; some girls needed encouragement to take the step and participate. At the debriefing session, both girls and boys shared their enjoyment of sports sessions. For many, this was the first time that they were allowed to play together.

The Gender Sensitization session conducted with the group led to discussions and reflections on the concepts of ‘sex’ and ‘gender’ as experienced by young boys and girls. The learning strategy in this project is not only to encourage girls to speak up but also involve and bolster the participation of boys in the understanding of gender in everyday life. Girls and boys shared their understanding of gender roles in their respective contexts. Discussions took place about why certain qualities are only attributed to specific genders. Upon reflection, the young participants came to the conclusion that gender roles are not natural but “constructs” by society which can be undone. No boundaries should exist for young men and women to exercise informed choices.

The training concluded with a visit of the “Durga Shakti Team” from Sonepat Police Department to increase awareness on women’s safety in public spaces, emphasizing the prevalence of everyday violence and harassment. They explained the Durga Shakti application, showing the young women how it can be downloaded on Android phones and how to use it if they are in distress to reach out to the police.