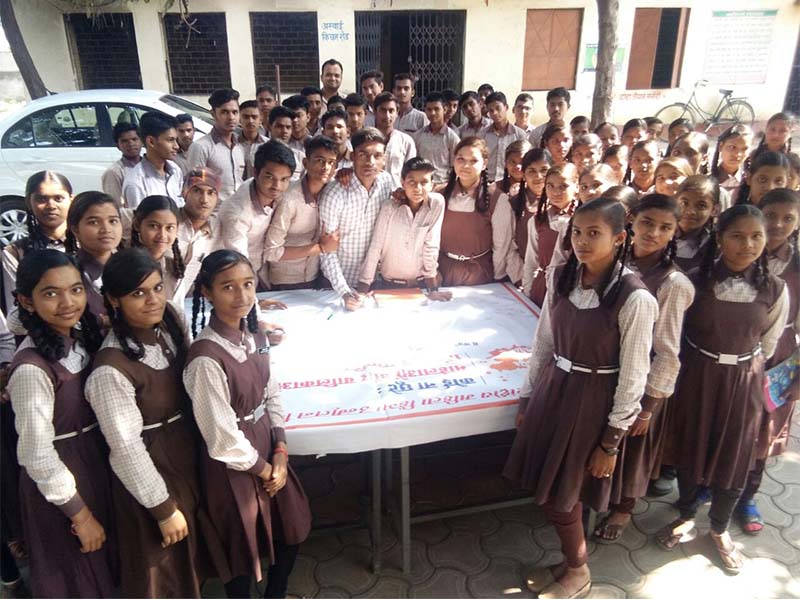 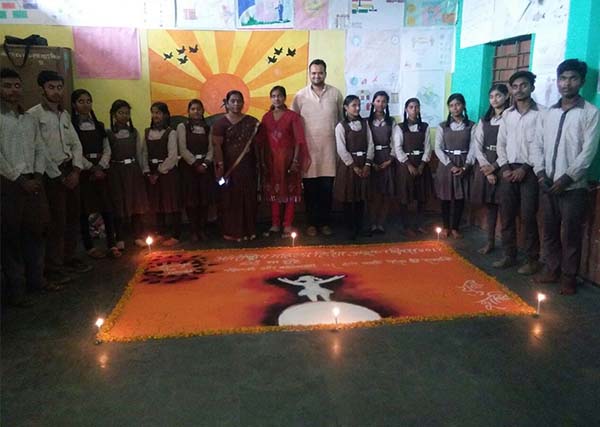 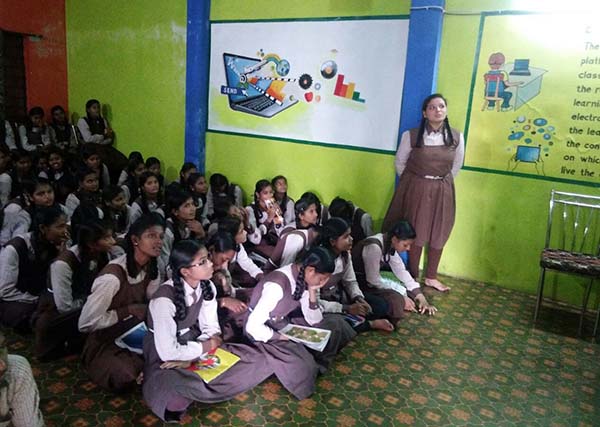 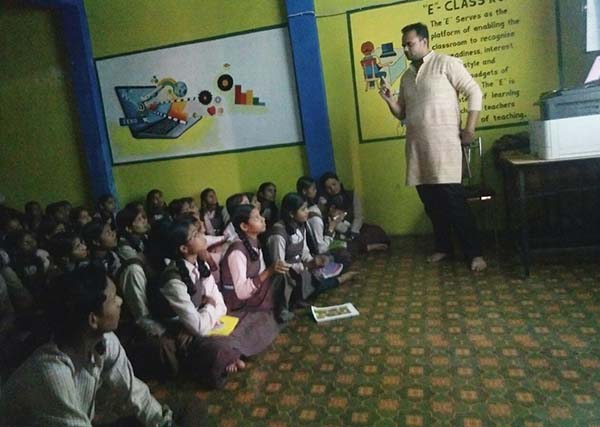 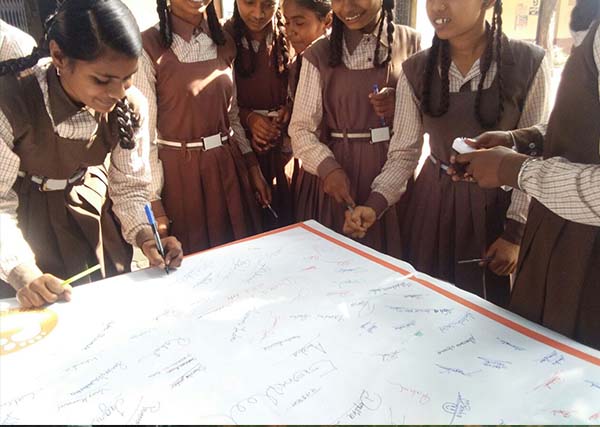 Kick starting 16 Days of Activism Against Gender-Based Violence, a global campaign spanning from 25 November through 10 December, the Kadam Badhate Chalo (KBC) youth of Raipur celebrated the International Day for the Elimination of Violence against Women on 25th November, 2017.

Keeping up with the spirit of this year’s theme, 300 youth gathered at Govt. Higher Secondary School in Mandher, Raipur and pledged their support against VAW through a signature campaign. These youth, through KBC, have been questioning the everyday sexual harassment of women and girls in schools, neighbourhoods, workplaces and families. They are questioning and subverting the status quo which systematically subjugates women through sexual violence, by asking critical question of #AisaKyun, that why and how this subjugation continues.

The youth also expressed themselves through posters and rangoli (floor art) and spoke about their own experiences of VAW and how they are now endeavouring to shift their own realities through KBC.