Painting the world with equality 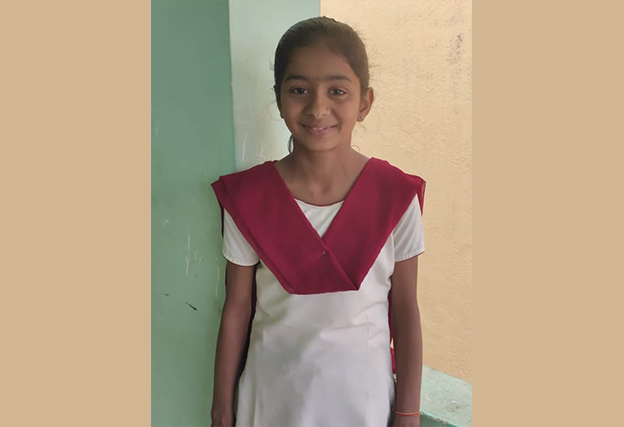 “Good neighbours come in all colours, our outsides may be different but we all belong to the family of man”.

In simple words, we are all equal despite our sex, caste, race, religion, and status. Kadam Badhate Chalo (KBC) is a youth-led program initiated by the Martha Farrell Foundation to end violence against women and girls (VAWG). The team of KBC facilitated a session on gender-based discrimination to bring young boys and girls together to deconstruct gender stereotypes and discrimination.

Gungun Kumari, a 13-year old student of Rajkiyakrit Madhya Vidyalaya, Kothiya, Jharkhand said, “Girls and boys are equal and there should not be any discrimination between them”. Gungun lives with her parents in a small house near her school. She loves to paint, and study. She learned the art of painting from her father who is a painter by profession and her mother is a homemaker.

Initially, girls and boys played separately in the school field and the communication between them was negligible. However, after the session, the teachers let them talk to each other as well as sit and play together. Socialization begins at home and is important because humans have to coexist and cooperate with each other, irrespective of gender or other discriminatory barriers.

Gungun expressed how it is thought that girls should stay at home, do chores and then get married, while the boys have the freedom to go outside, play and work. “Boys are allowed to do everything while girls aren't”, said Gungun. She added, “parents fear about their daughter's safety and prefer to keep her inside the house”. Her parents are supportive of her ambitions and interests in life and feel happy about her being at school and being a part of the KBC program.

The objective of the KBC session was to identify the discrimination that is perpetrated against a person based on their socially prescribed gender roles expectations and norms. The students were explained the consequences of gender-based discrimination such as violence against women and girls. Other consequences include a gap in the opportunities given to boys and girls inside and outside the home. Gender-based discrimination also impacts men. They are subjected to gender norms such as “men don’t cry” or “men are the sole breadwinners of the family”.

“Gender-based discrimination increases differences between girls and boys on a personal level and restricts the flow of communication between them which leads to a lack of understanding and respect for each other”, said Gungun while speaking to the KBC team. However, after the session, a change could be seen in the way the students interacted with each other. They communicated well and with confidence and were able to convey their thoughts on issues like gender-based discrimination and violence, with each other.

Manuhar, one of the facilitators shared the change she has noticed in the students after the KBC sessions. She said, "Girls have now become confident. They used to think that only boys are good at sports but now they’ve realized that girls can achieve anything they want".

The new generation does not believe in gender stereotypes or societal norms. They see the world as equal. Hence, it is important to deconstruct the preconceived notions about gender and work towards gender equality from the very beginning. This is one of the steps to prevent gender-based violence and discrimination. Students like Gungun are an instrument to change the mindset of people on gender roles and strive for a gender-just society.