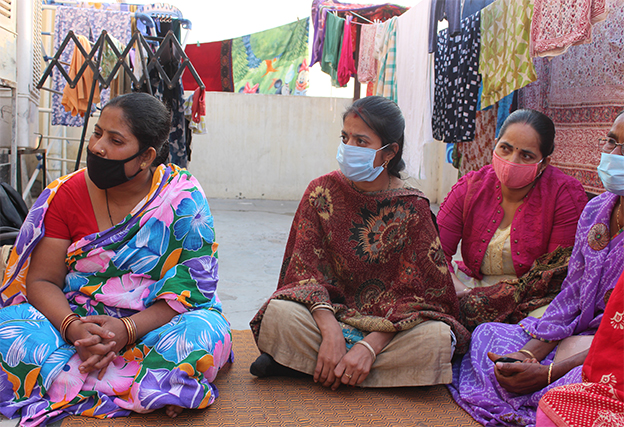 According to the last published Census of India data, there are as many as 480.2 million workers in India. It has also been estimated that 94% of working women are engaged in the informal sector and nearly 50% of these women workers are sole supporters of their families. The Covid-19 pandemic has created unprecedented turmoil at all levels of society and has left the economy paralysed; both formal and informal sector workers are subjugated to these harsh realities.

The brunt of the lockdown was borne heavily by them, in the form of food shortages, health and safety concerns, job insecurity, due payments like rent and utilities, and fear of misinformation. Families lack income and, as a result, there are high levels of poverty, malnutrition and illiteracy with many people migrating to the cities. Further, the changing gender dynamics at home and the inadequate focus on women in the management of the current crisis situation threaten to undermine generations’ of work on gender equality and women’s empowerment.

PRIA is undertaking this intervention based on its past experiences in working with women informal migrant workers to ensure a safe, secure and dignified workplace for women. The project aspires to support vulnerable women informal workers who are working as migrant domestic workers through the setting up of Resource and Support Centre in Gurugram. This Project believes that income in the hands of women means economic autonomy and an escape from the cycle of poverty. It also means their children can go to school, which increases their chances of a better future. The project aims to work on social and economic empowerment of the women migrant domestic workers.

The Resource and Support Centres are envisioned as a safe space and a common point where all the services related to informal migrant workers. The center will be run by the women from the community who will be trained to run the center supported by PRIA and Martha Farrell Foundation. The Centre will also mobilize women to form support groups of women while providing awareness on social rights including enhancing their capacities by through trainings

for being economically independent.

To set up a women-led Resource and Support Centre in Harijan Bustee for informal migrant women, in particular with the Domestic Workers.