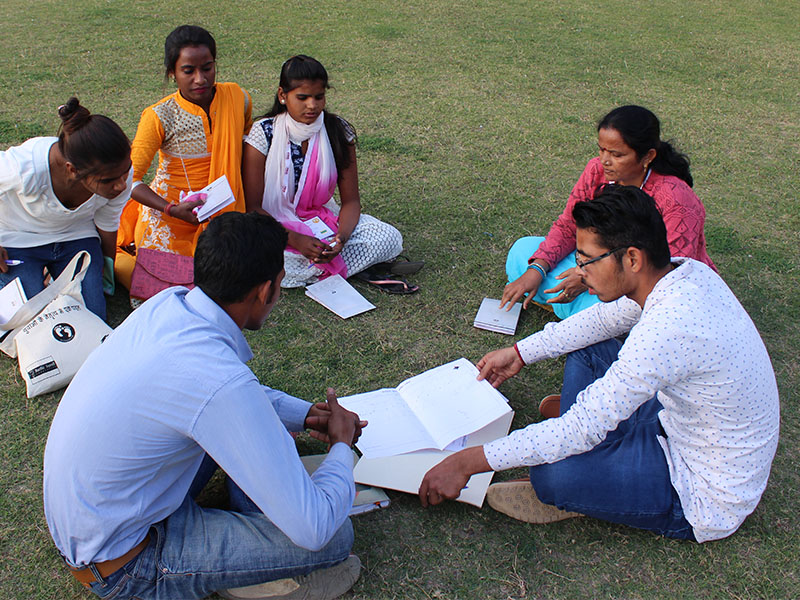 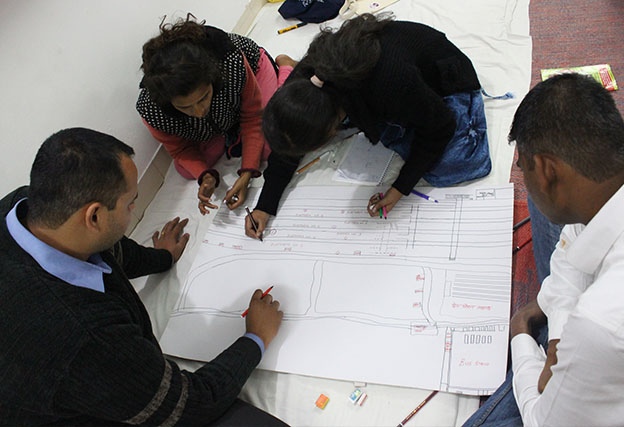 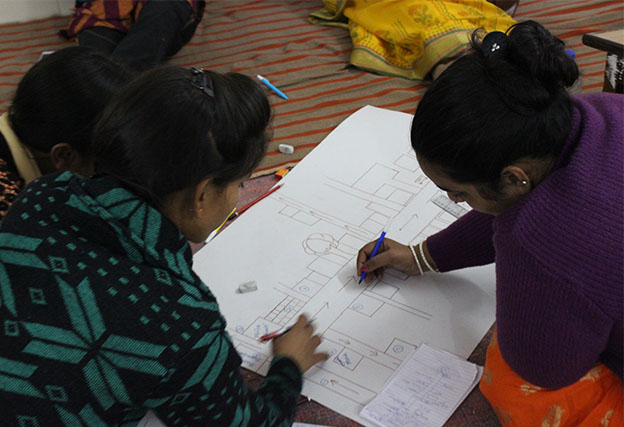 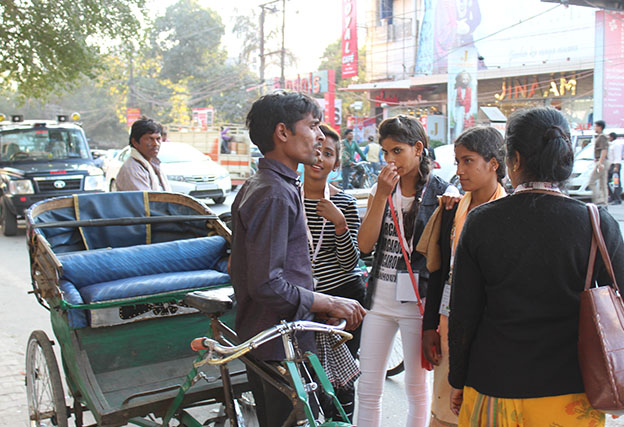 31 youth leaders and facilitators of Kadam Badhate Chalo (KBC) programme, conducted Participatory Safety Assessment (PSA) of 4 public places in Lucknow over Feb 19-20, 2018. They were divided into 4 groups for the purpose, with each group assigned one of the following public spaces: Lucknow Railway Station, Bada Imambada, The Residency and Hazaribagh.

The purpose of all the PSAs was to evaluate these public places from the perspective of the safety and security of women and girls. This involved visiting these places and assessing the behaviour and experiences of the general public in and around their premises as well as the affirmative measures that had been put in place to ensure the safety of women and girls.

The four groups, consisting of youth leaders and facilitators from 7 different states, presented the findings of their audits at the office of Sahbhagi Shikshan Kendra, Lucknow on Tuesday, Feb 20, 2018. All the groups declared the public places they had audited to be unsafe. There were several commonalities in their assessments:

●Open defecation by men and boys, despite the presence of public restrooms.

The above are important aspects of public security of women and girls that have been overlooked at. The experiences of the KBC youth leaders and facilitators during their visits confirmed that these oversights require immediate attention. One of the most important findings that stood out from all the PSAs is how staff and guards responsible for the security of these public places are either complicit to VAWG in public places or are perpetuators of it. They also hassled the KBC youth and facilitators when they were conducting the PSA and refused to cooperate with them. “अकसर रक्षक ही भक्षक बन जाते हैं (Often, protectors become the perpetrators)”, said Aarti Kumari, a 13 year old youth leader from Japla, Jharkhand. The absolute lack of women guards and workers in most public spaces was also worrisome. It was worth noting that these public spaces do not even appoint women workers for spaces like women’s toilet.

Recreational spaces like monuments and market places are also not accessed by women, when they are alone. They either visit in groups, with families or with partners. They might visit alone if they have a personal vehicle at their disposal. Clearly, the women’s access to these public spaces is also divided across class lines, where women from more affluent backgrounds have better access to these places. There access to personal transport, better social capital and wealth contributes to their safety in these public places.

Toilets make a big difference! Public places not just need women’s toilets managed by women workers. They also need women’s toilets that are centrally located, well-lit, safe and clean. Open defecations should be banned in all public spaces. The PSAs brought out how despite the presence of toilets, men choose to defecate in the open (sometimes, in front of women’s toilet), which can lead to instances of VAWG in public spaces. Many reports in the past have also pointed out that the lack of proper, safe and clean toilets often inhibits women’s mobility, curbing their participation in public life.

These findings represent a much-needed critical lens through which to judge our public safety standards. The KBC youth leaders and facilitators have concluded, not only through observations but also first-hand experiences, that the environment in public spaces in Lucknow is not conducive to women’s safety. The solutions are contained in the problem: sensitisation and rigorous training of security guards and police officers, recruitment and sensitization of female officers, cameras, public lighting and signs, repair of compromised sections of the public spaces, and upkeep and meaningful distance between public restrooms are the basic steps that are required to begin creating a safer and more secure environment.