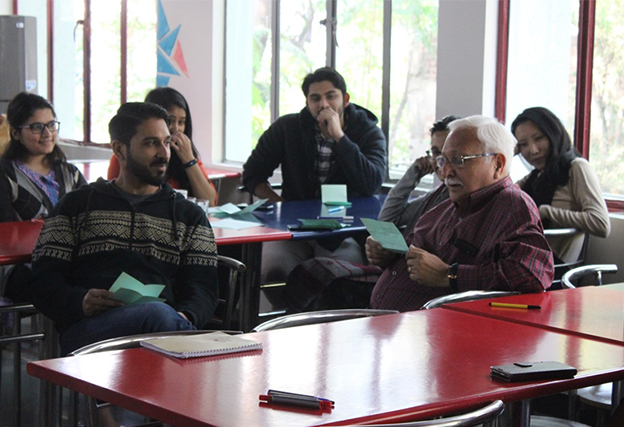 Who is a man or मर्द ? The one who is strong? Who is responsible? Who talks less? Or that we have most commonly seen “the one who is privileged, knows the tastes of freedom and the leader of a family”! The explanation never ends and so do the judgments. In order to probe deeper, a discussion on ‘being a man’ was held in MFF and PRIA. MFF celebrated International Men’s Day in an engaging way with all its staff. Everyone opened up about their views on manhood or मर्दानगी, they shared their ideas of what or who a man is through different mediums like drawings, poems and thoughts. Nobody’s definition was similar and not everyone had a stereotypical image of the man in their minds, but it raised many important questions on the issue of how they are seen in the society, what society expects from them and why! Through the discussions it turned out that every man is different yet unique in their own way and that is how everyone should be respected. 19th November was celebrated with the same vehemence as that of 8th March.

The conversations threw a light upon the gaps that still exists. How Patriarchal society still puts so much pressure on men to act a certain way, forces them to throw away their life in the process of earning more for their family. They also face physical and mental harassment and are the ones who hesitate the most in speaking about it.  MFF’s event on International Men’s Day is the first of many steps that will be taken to equal and just environment.