The international women's day 2021 event (आशाओं का उत्सव) celebrated in Harijan Basti, Gurugram with utmost zeal, love and excitement among women and their children. Women domestic workers who are involved with us mobilized the other women residents of the Basti for the event. The event is also special in the sense that the women domestic workers has helped in planning and execution of the event. It was very fascinating to see that they were associating their selves with the event by helping in the venue finalization, logistics and mobilization.

Most of the women domestic workers showed up after 1:00 PM because they directly came after their work. After having their lunch they moved to the various corners organized in the event. The event included Medical booth, legal aid helpdesk, safety mapping of the community, canvas painting, and storytelling session followed by music and dance performance by the students of Manas foundation.

During our conversation with women domestic workers, it came out that their health conditions are deplorable since sanitation and hygiene is a rampant issue there. The health corner had a doctor’s desk, which did a quick medical test, basic blood pressure checkup and prescribed medications accordingly. Women and children were given folic acid, iron, and vitamin c tablets as they were found anemic and weak.

Women and children participated in an activity called “Know your community”. They located their houses on the participatory community map made by the women domestic workers. Subsequently they also located the safe and unsafe spaces in the basti. Women and children enjoyed themselves as they were playfully solving the puzzle of arranging their address.

Women Domestic workers and their children pour their heart filled with hope on canvases through colors mixed with emotions and experiences. आशाएं कैनवास पर session served as a platform where they drew their lives through painting. No instructions were given about what to draw they were just told to paint whatever they are feeling at that point of time. One of the woman said that “To draw or to paint is one of my favorite thing since childhood but due to lack of time I never get chance to do this. After so long I am feeling that I am reliving my childhood.”

Women and their children thoroughly enjoyed the event and they enthusiastically participated in the event. After the event many women domestic workers came and expressed that the event was helpful for them in many ways that they learned a lot, they enjoyed a lot and after a long time they all were together in a same common space where they are painting, sharing and laughing together.

It was so beautiful to see the women exhibit their creativity and listen to their voices. 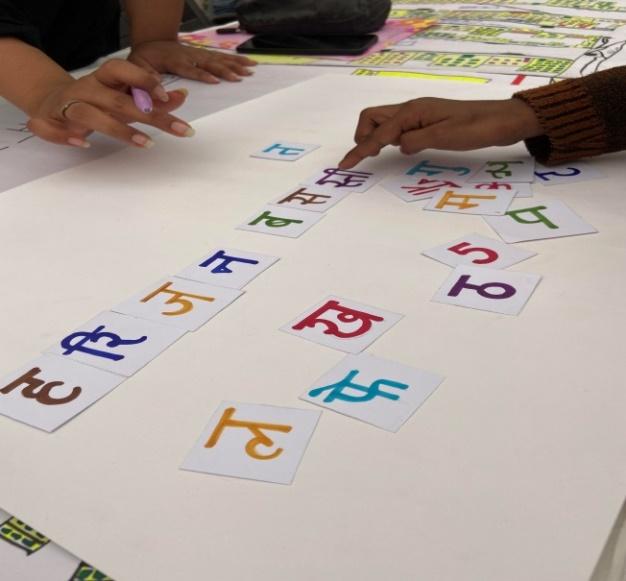 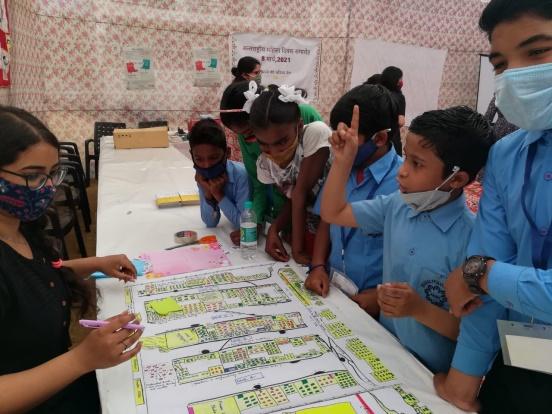