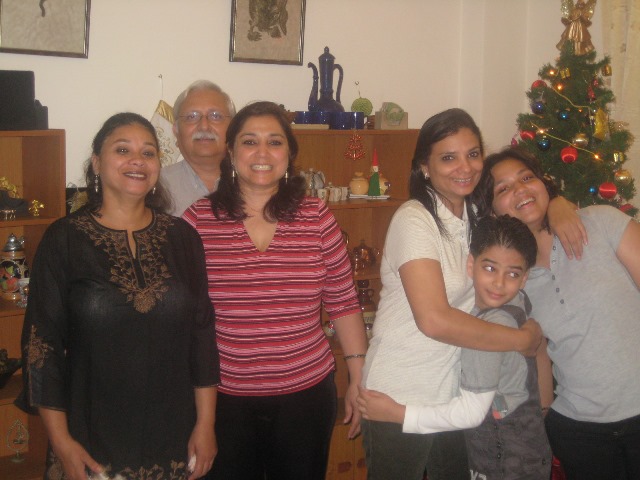 This morning the one question on everyone’s mind was Why? Why did something like this happen to Martha. She was a good person – a good wife, a good daughter, a good mother, a good worker and a good employer..so Why? Everyone is struggling to find their own answer to that “WHY?” and come to terms with the fact that she is no more.

Martha lived her life to the fullest. She has left behind wonderful memories for all of us and each and every one of us remembers her in a unique way… she was confidant to some – always there to lend a listening ear and advise, if needed;

To others she was a pillar of strength – someone to lean on whenever; she didn’t ever say she ‘Couldn’t’ – when called upon;

And to all she was the epitome of organization. I think we have all had her come in to tidy cupboards and shelves.

Martha wore many hats. Martha, the wife – walked shoulder to shoulder with Rajesh. She was a devoted wife, a consummate homemaker, who has left behind a house full of laughter and warm, wonderful memories;

Martha, the mother – left Suheil and Tariqa with a legacy of unconditional love and care;
Martha – the daughter – loving, caring, thoughtful;
Martha – the sister – a pillar of strength that all of us brothers and sisters looked towards;
Martha – the aunt – spoke her mind and even though it might have seemed outspoken and unpalatable at the time, it did turn out to be right.
And not to forget, Martha, the employer – firm but fair, believed in leading by example.

On a personal note, Rupin has lost his second mother and I have lost much more than a sister. I will never forget the way she looked after me after Rupin was born – the large bowls of spinach soup she insisted I drink, made me want to run away and hide. But right now I’d give anything for a large bowl of that spinach soup. But she has gone – and the gap left in our lives is huge and will never be filled.

Martha had an enthusiasm for life that was contagious. She enjoyed each and every moment and always believed that everything happened for a reason with a lesson to be learned. She grasped every opportunity with both hands and never looked back. She was affable, kind and generous, with a great sense of humour, which endeared her to all most especially her grand-nieces and grand-nephews who believed that fun things only happened when Chicku was around.

Though we see her departure from this world as the result of a senseless act of violence, she always believed that nothing happens by chance including death. She believed that you were taken from this life when you were meant to be taken. And as a result always lived in the moment.

We love you Martha. We will miss you dearly. May your soul rest in peace.