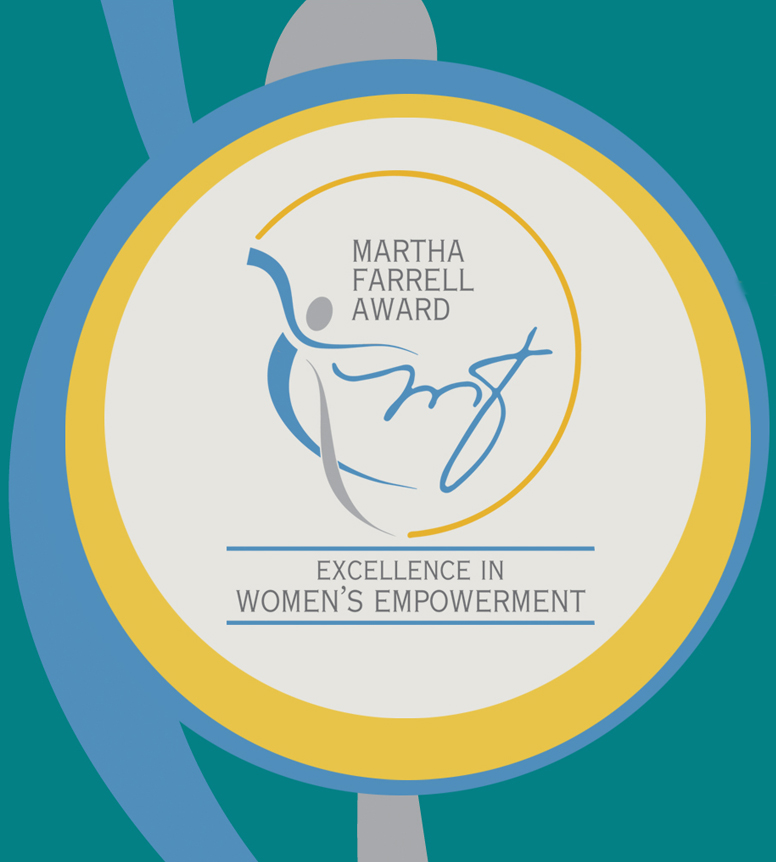 Deepa Pawar and Shaheen Women’s Resource and Welfare Association, the two winners were felicitated at the 5th Martha Farrell Award Ceremony on 20th November, along with Special Jury Awardees, Suman Devathiya and Sappho for Equality. 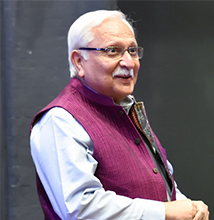 Dr Rajesh Tandon is founder-president of Society for Participatory Research in Asia (PRIA) and also the founder president of Martha Farrell Foundation. He is also Co-Chair of the UNESCO Chair on Community Based Research and Social Responsibility in Higher Education since 2012.

A pioneer of participatory research, Rajesh Tandon has given new meaning to academic research by redefining the relationship between the researcher and the researched. Dr. Tandon has also served on numerous expert committees of Govt of India, UGC, UN, Commonwealth & World Bank. In 2015, the Indian Adult Education Association (IAEA) awarded Dr Tandon the Nehru Literacy Award.  For his distinguished work on gender issues, the Government of India honoured him with the prestigious Award in Social Justice in March 2007.

Dr. (Mrs.) Pankaj Mittal is the Secretary General of the Association of Indian Universities (AIU). She is the second woman Secretary General of the Association in its 94 years of existence. Dr. Pankaj has a wide ranging experience of over three decades in Higher Education in Policy Planning and Management of Higher Education including Promotion of Access, Equity, Relevance, Quality and Human Resource Management.

After completing his MSW, Feisal headed the NGO Ankur, Society for Alternatives in Education for ten years. Martha was a prominent staff member and when Feisal left to start Creative Learning for Change, Martha joined him as one of the founders. For several years they worked as colleagues in the arenas of gender sensitisation, environment education and alternative education. They co-authored several books including Gender on the Agenda, Chipko, Nainas Village among others.

Feisal is also a well-known theatre director having directed over 300 plays for adults and children. He has directed 30 documentaries, many of them on children with special needs. Feisal worked from 2004-11 in Kashmir with children whose parents had been killed by terrorists. He has been à counsellor and trainer with Sanjivini for over 35 years. He was also a Master Trainer in HIV/AIDS prevention for the UN from 2002-07. He is the author of 24 publications many in the area of Heritage Education.

Namita Bhandare is a journalist with close to 30 years of reporting and editing experience for various publications including Sunday magazine, India Today magazine, and the daily, The Hindustan Times. Namita has a masters’ degree in journalism from Stanford University. She lives in New Delhi.

She was appointed India’s first gender editor for the newspaper, Mint from 2013 to 2016, and, currently as an independent journalist, writes long-form analytical pieces for India Spend, including a 12-part series on women and work that looked at India’s declining female labour force participation. While she continues to write occasional pieces for Mint and Foreign Policy, she has a fortnightly column on gender for The Hindustan Times.

Deepthi Bopaiah is the Executive Director at GoSports Foundation, a not-for-profit organization founded in 2008, which supports junior, emerging, and elite athletes in Olympic and Paralympic disciplines. Deepthi, formerly a wealth adviser and trainer during her 6-year tenure at HSBC, decided to quit her job in order to pursue her passion for sport and has been with the foundation since 2012. A sportswoman herself, Deepthi has represented Karnataka state in basketball and tennis.

She has presented on the Foundation’s work, the growth of Indian sport, Challenges in Indian Sport Development and CSR in sport across multiple platforms which include the VIP Sports International Delegation in Australia, TOI- Global Sports Show and The India CSR Summit to name a few. She believes in and is working towards building a sustainable athlete-centric sporting ecosystem through the foundation's programmes and initiatives, in line with the vision of the foundation's Advisors Rahul Dravid, Abhinav Bindra, and Pullela Gopichand.

Moncho Ferrer (Anantapur, 1971) dedicated his professional career to furthering the legacy of his parents – Vicente and Anna Ferrer — the founders of the Rural Development Trust (RDT). Through his work with RDT, Moncho has spearheaded the “India for India” initiative to mobilize Indian citizens and institutions to fight poverty and marginalization, led humanitarian aid operations throughout India, launched innovative and inclusive sports programs for disadvantaged communities, and built strong linkages with community partners ranging from grassroots to governmental organizations.

Since 2016, he has been the ambassador in Anantapur for the national Swachh Bharat (“Clean India”) campaign. In addition, he is on the advisory board of the Smart AP Foundation — an organization created by the Government of Andhra Pradesh to promote inclusive growth and equitable development throughout the state.  Moncho whole-heartedly believes in the power of local community members to make change. He has served on the board of Vicente Ferrer Foundation USA since it’s inception in 2013. 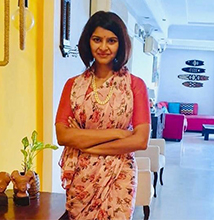 Nandita Tripathi is a Partner with M&A Tax practice at KPMG India. She has over 17 years of experience of working with a cross-section of Indian and global MNC companies across varied sectors like Infrastructure, Real Estate & Construction, Hospitality, and Industrial Markets. She is a regular speaker on Taxation and relevant Industry related matters in media and industry forums Nandita is passionate about inclusion and diversity agenda and is part of some of the key initiatives that KPMG is driving at a firm-wide level. An avid traveler and a food enthusiast, she likes to strike a balance on the professional and personal front.