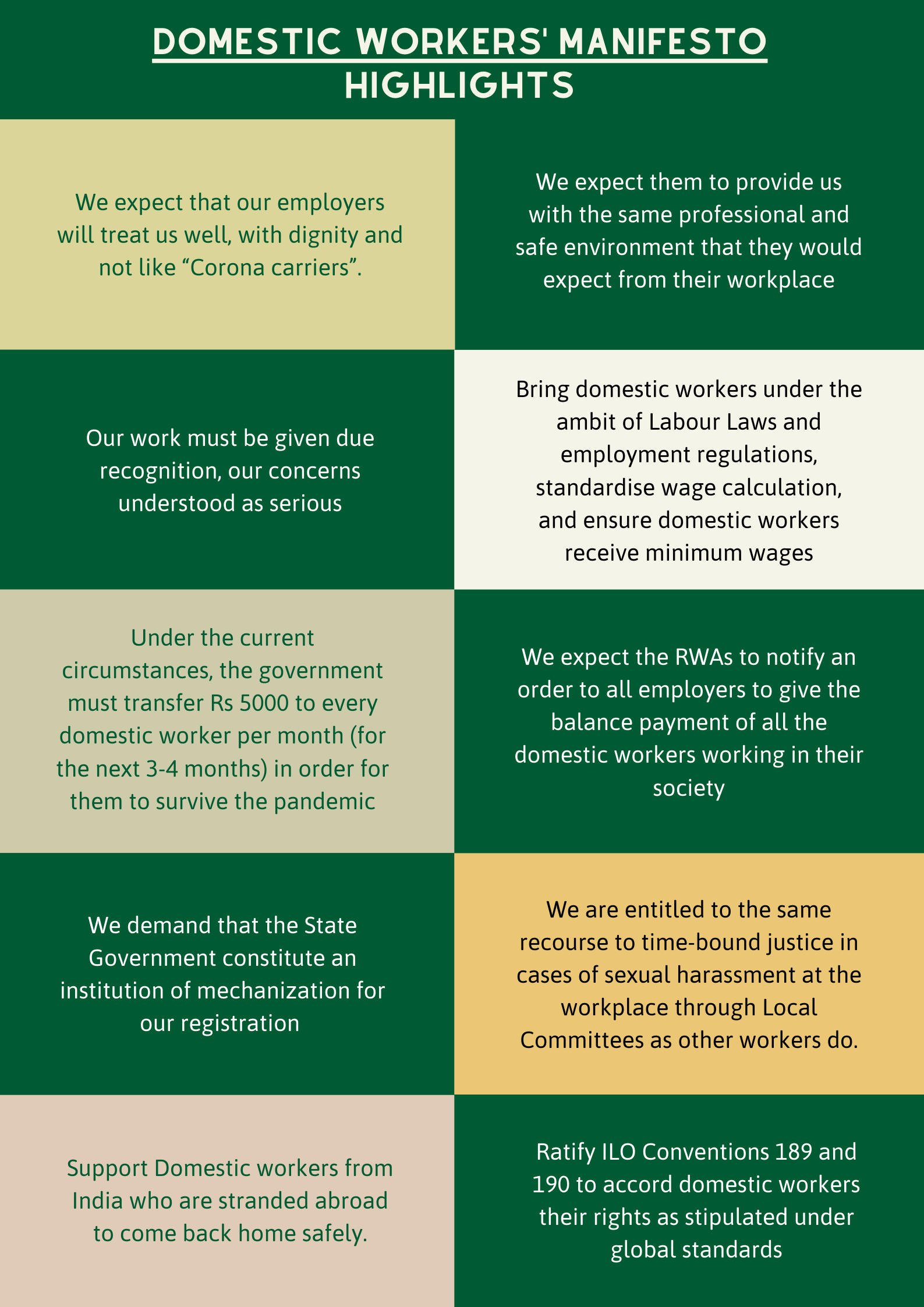 A domestic worker from Delhi, Hema (name changed), expressed the apathetic attitude of her employers who did not even call her once to check how she was doing during the lockdown; they did not pay her through the lockdown nor did they bother to inform her when she could resume work. She even stated that “they conveniently told the guard to not let any domestic worker in”.

Migrant domestic worker Surekha (name changed) narrated how she managed to escape the clutches of her abusive employers in Mumbai - “They were refusing to let me leave (for home) when the lockdown was announced; they had confiscated my mobile phone and Aadhaar Card. If we did not hide another phone with us, we could have died.”

Bhanwari (name changed), a domestic worker in Delhi, reported that many of her sisters were out of work and their employers (belonging to affluent households in South Delhi) were denying them full wages. She also highlighted another acute problem faced by domestic workers returning to work today, saying, “With rising oil prices, domestic workers are also having to contend with the lack of affordable public transport in our routes.”

From Hyderabad, Jyotipriya (name changed) shed light on another pressing issue for domestic workers today. “Some states like Telangana have made it mandatory to produce a No Objection Certificate (NoC) to be able to return to work. But how can domestic workers 5 pay for the NoC? It costs somewhere around Rs 2000! If our employers can demand it from us, shouldn’t they also show us a clean bill of their health?” She also added that “most employers do not pay for Covid tests to be conducted for their domestic workers. Testing must be paid for fully by the employer since the workers cannot afford to pay for them owing to their meagre incomes”.

A joint press release was also issued by the organisers on IDW Day 2020.