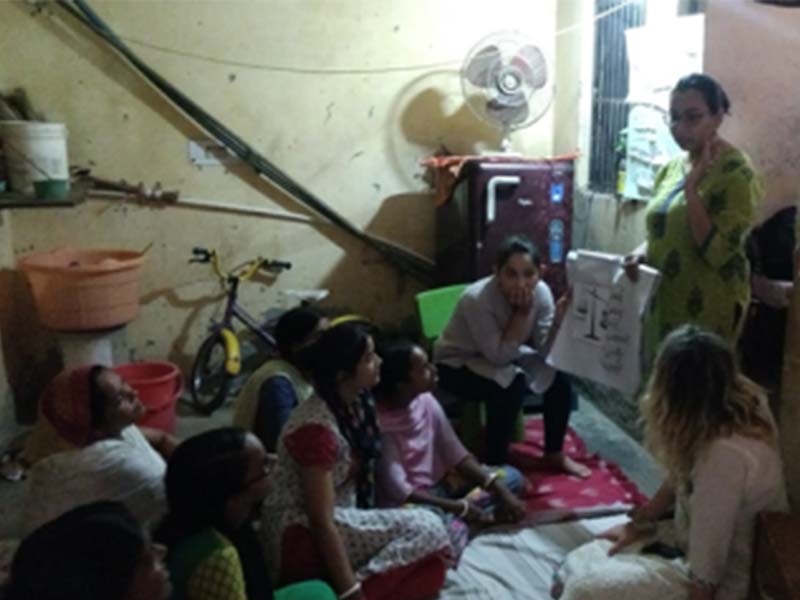 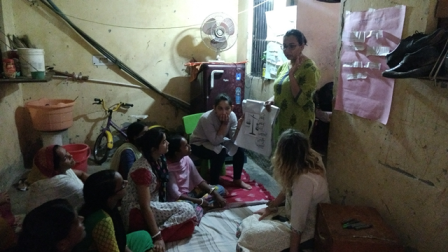 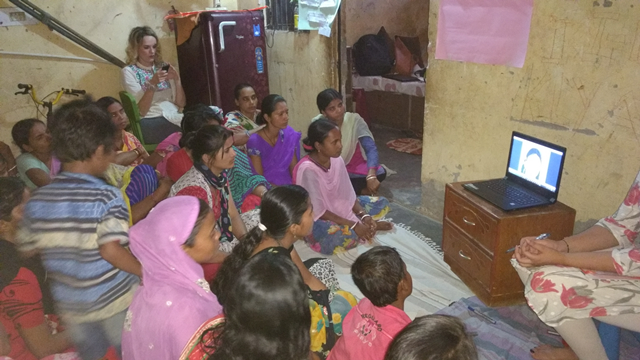 On Friday, 2nd June 2017, there was a training session with the women working as paid domestic workers from the age of 18 to 35 in Harijan Basti in Gurgaon. There were 25 women present. The aim of the session was to create awareness and train them about basic hygiene and clarify their doubts about menstruation. The session was organized to celebrate the ‘World Menstrual Hygiene Day’, which happens on 28th May every year since its inception in 2014.

The first part of the session began with a myth and fact game, where each woman had to pick out a chit from a jar. The chits had certain facts and misconceptions about menstruation written on them and each woman had to place the chit in either the fact column or the myth column.

The following were the chits and the reaction of domestic workers.

Once this activity was over, a video about menstruation was shown to them, which explained why women menstruate, what happens to a girl’s body when she starts menstruating, explaining them how menstruation is a natural process and is not something to hide or be ashamed of. This video also clarified certain misconceptions that many of the women had.

The domestic workers were very happy to see the video, during the video one of them even asked to rewind the part where they explain why it happens. A lot of their doubts were also clarified after watching the video. And the chits that were placed during the activity under the myth and fact column were also revised once the video was over.

After the video, there was a short discussion on the disposal of sanitary pads/cloth. On being asked what they usually use, they all said these days everybody uses sanitary pads. Out of the 25 domestic workers present, only 2 were using cloth. They even asked about how to properly dispose of the cloth after using. Once they were told how to dispose it off, they told us that sometimes they used to bury it in the ground or throw it in the drains or in water bodies and in the end they said, “We will no longer do this now. We will dispose the pads/cloth properly.”